Your browser is not supported. Please update it.
Call 01395 443370
Website by GolfWorking
East Devon
Golf Club

Golf has been played in Budleigh Salterton since 1894, with the original Budleigh Salterton Golf Club being a nine hole course situated on the east bank of the River Otter. Although benefiting from similarly commanding views to those of the current course there were problems with the location, notably the lack of a full 18 holes and difficult access.

East Devon Golf Club as we know it today opened on 31 March 1902 on a heathland course laid out by Captain Robert Tosswill. The opening was celebrated by Charles Edward Pine-Coffin, the newly-formed club’s first captain, driving off the 1st (now 3rd) tee.

The first 25 years of its existence saw changes made to the course by the Club Secretary, Mr R.C. N. Palairet, and Herbert Fowler of Westward Ho! 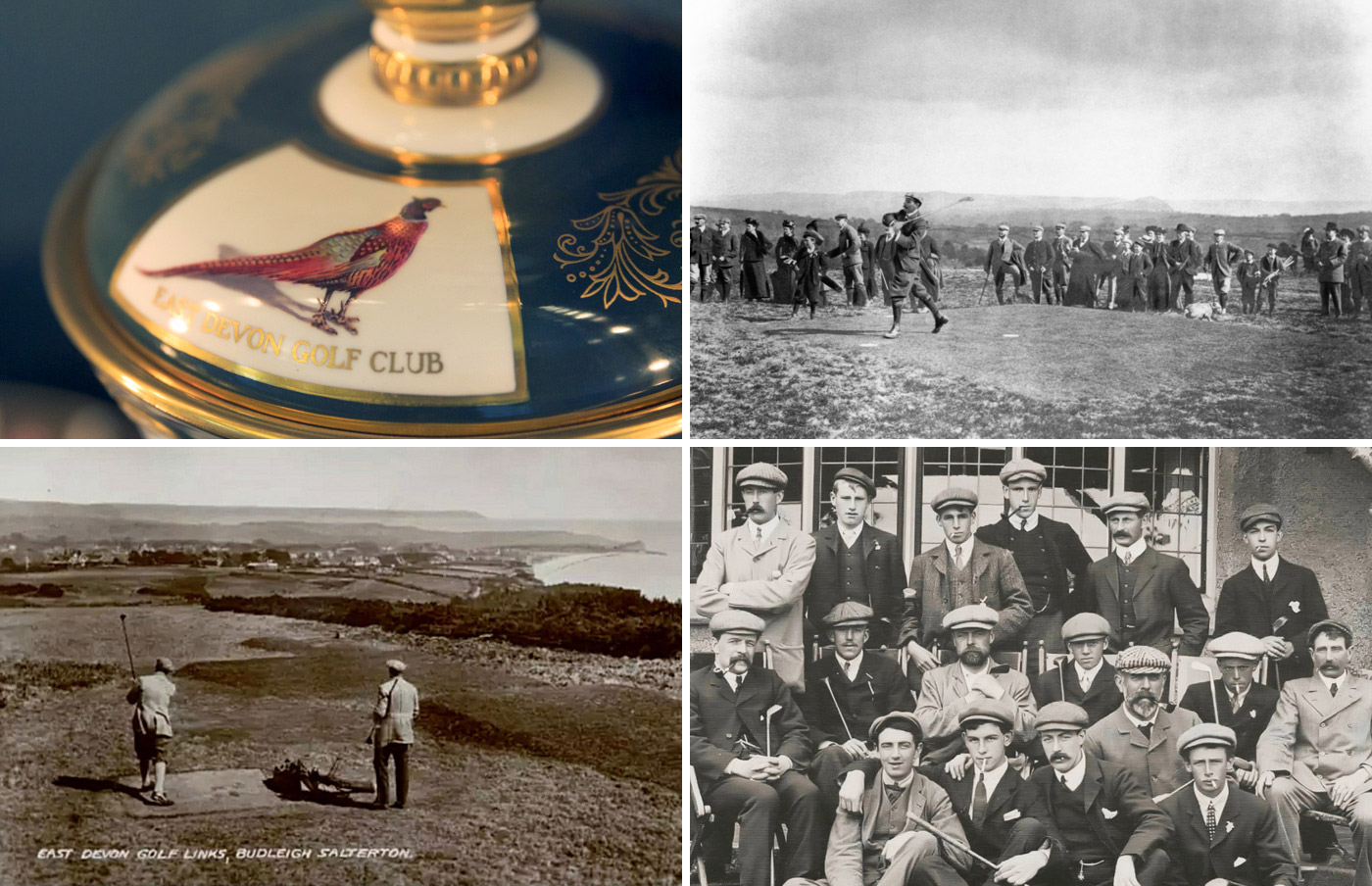 The current course as we see it today, was largely created in the 1920’s by one of the most, if not the most, significant course architects of all time, Harry S. Colt. James Braid added to the Colt design during his time as course advisor in the 1930’s, his main legacy being the current 8th hole and 18th green and surrounding bunkers.

During its 120 year history East Devon Golf Club has played host to Royalty, H.R.H The Prince of Wales (the future Edward VIII) played the course in 1921; famous sporting names including Australian cricketers Sir Donald Bradman, Richie Benaud, Greg and Ian Chappell; celebrities and golfing greats such as Peter Alliss who considered the view from the 16th tee to be “one of the best views in golf”.

Check out our heritage corner in the clubhouse during your visit. 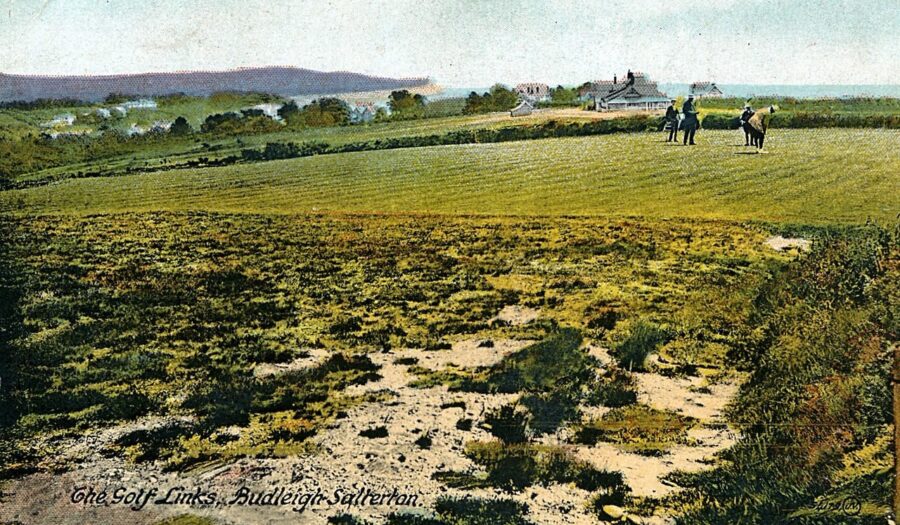 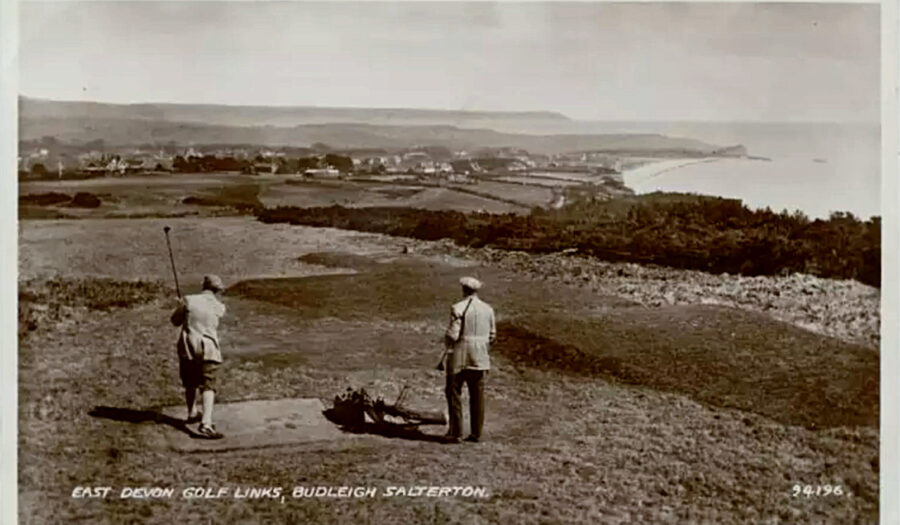 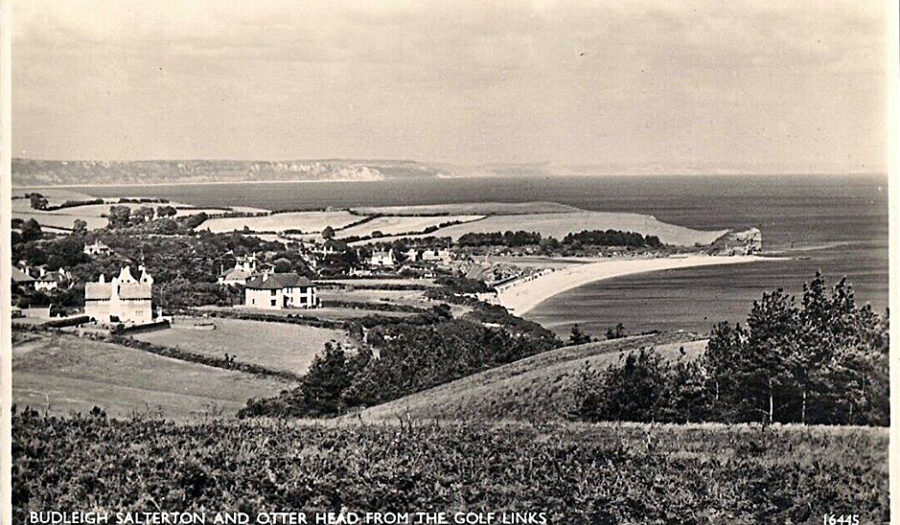 Set in the East Devon Area of Outstanding Natural Beauty, on the cliff top on the western edge of Budleigh Salterton, East Devon Golf Club is a heathland golf course measuring 6344 yards and rising to 450 feet at its highest point.

Such natural heathland is rarer than rain forest. In 2020 the club, in partnership with Clinton Devon Estates who own the land, embarked on a programme of restoration to return much of the land to that which Colt would have seen. This will allow the heather and other native plants to flourish.

Our Flora and Fauna

We are fortunate to play golf in such a wonderful environment and it is not uncommon to see deer crossing the fairways or grazing behind a green and buzzards and peregrine falcons flying overhead. As well as our beautiful heather we have an array of wild flowers including orchids displaying at different times of the year. 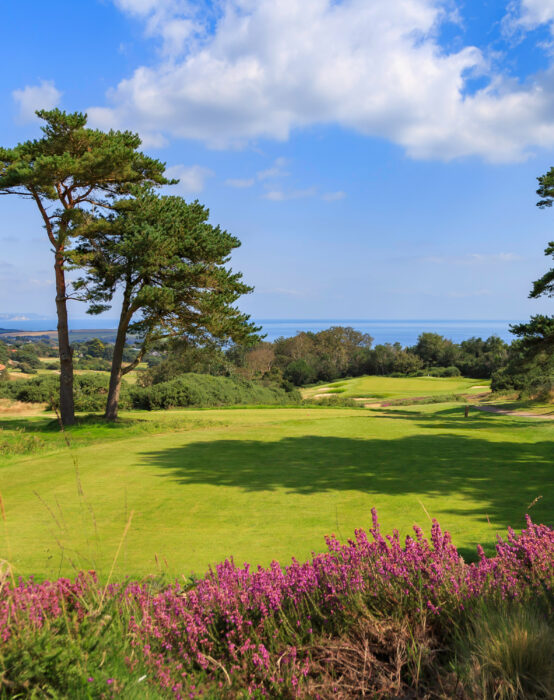 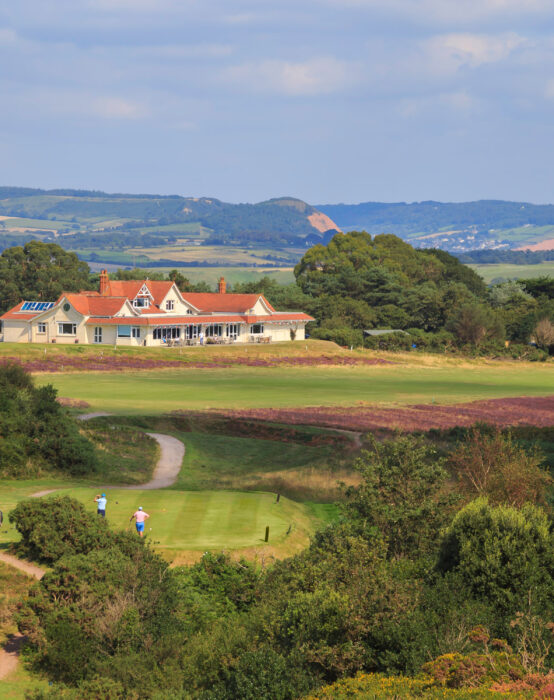 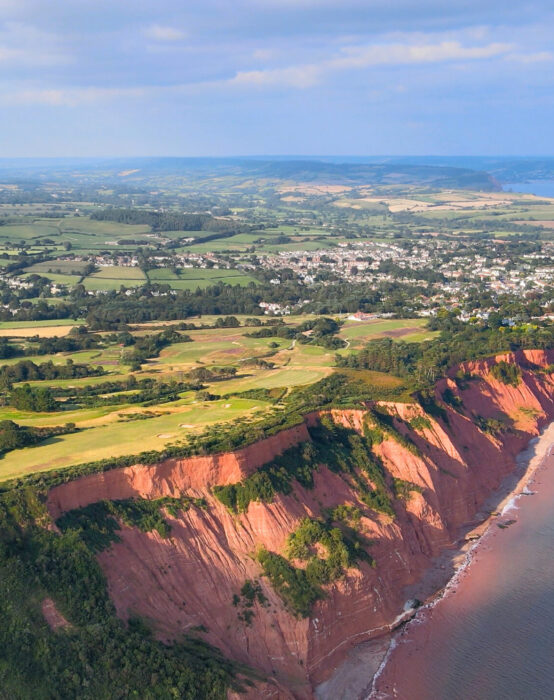